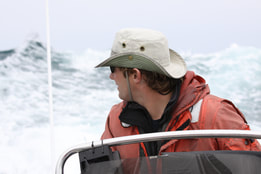 Greg Schorr
MarEcoTel's resident geologist, Greg began moonlighting with marine mammals in 1998 as part of the team that accompanied a certain famous killer whale from Oregon to Iceland. From there he went to Hawaii, where he worked with NOAA's Coral Reef Ecosystem Division and also for his own small company specializing in capture, rehabilitation, and release of stranded whales and dolphins, ultimately returning to the Pacific Northwest.  A specialist in design and application of telemetry devices, he has tagged 17 cetacean species around the world.  He is a principle investigator in marine mammal studies at the Southern California Offshore Range, and continues to find innovative uses for tags in research there and elsewhere.  When not in the field, Greg is often being dragged at high speed behind a perfectly good boat, as he skis the fresh and salt waters of Washington State year round.
Contact Greg: gschorr@marecotel.org 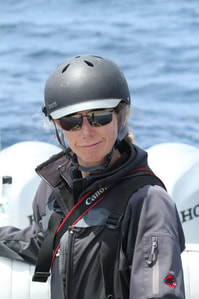 Erin Falcone
Erin has been actively pursuing the company of whales since she wrote her first report about them in third grade.  She has BS in Zoology from Humboldt State University, where she split her time between classes and an annual winter migration to the Islas Revillagigedos, where she worked on a breeding humpback whale study from 1997-2001.  Since then, she has worked with a variety of cetacean species at study sites from Central America to the Central Aleutians, serving  as the data manager for the SPLASH North Pacific Humpback Whale study and most recently as a principle investigator in ongoing studies of marine mammals at the Southern California Offshore Range.  When not chasing whales she can be found in the company of her horse, goats, and son, Sebastian.
​Contact Erin: efalcone@marecotel.org 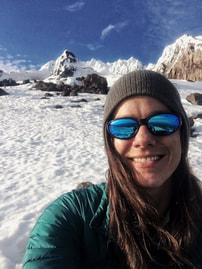 Brenda Rone
Brenda has an M.S. in biology from the University of Massachusetts Boston. She has been studying cetaceans since 1998 and has extensive experience in leading large vessel and aerial surveys as well as driving small boats for photo-ID, biopsy and satellite tagging studies. Brenda particularly enjoys working on projects with challenging research objectives. If she's not out scanning the high seas for animals or behind a computer analyzing data, you will find her on the back of her handsome horse or exploring the beautiful mountains of the Pacific Northwest.
Contact Brenda: brenda.rone@marecotel.org 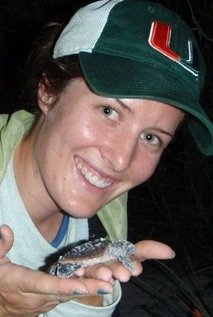 Erin Keene​
Erin began working with marine mammals fresh out of college as an intern under Erin F helping to build our fin whale catalog.  After a brief hiatus to pursue an MS in Biology from Indiana University-Purdue University Ft Wayne working with sea turtles in Costa Rica, she returned to the Pacific Northwest and the life of a marine mammal biologist.  She completes a lot of the photo processing and identification for our catalogs.  When she's not matching whales, she can be found helping with necropsies of animals that strand in Washington state or hanging with her pup.
Contact Erin: ekeene@marecotel.org 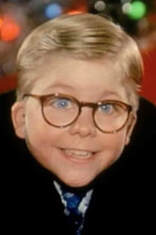 Russ Andrews
Dr. Russ Andrews is a behavioral and physiological ecologist, with a special interest in developing   biotelemetry tools. He received a B.Sc. (honors) from UCLA, and a Ph.D. in Zoology from the University   of British Columbia. For his thesis, he built data loggers to record the heart rate, body temperature, and   diving behavior of elephant seals to learn how they could hold their breath for up to 2 hours. After that   he spent 15 years in Seward, Alaska, where he held a joint position with the University of Alaska   Fairbanks and the Alaska SeaLife Center. Russ’ research subjects have included sea turtles and sea   birds, but his primary study subjects are marine mammals. His research topics have varied from     cardiovascular physiology to foraging ecology to conservation biology. These topics are tied together by   his development and use of biotelemetry instruments, which allow us to study animals that spend most of their time far from view. He now resides in a pseudo-lighthouse in Kingston, Washington, and is a Senior Scientist with MarEcoTel.
Contact Russ: russ@marecotel.org

Eric Keen
Eric has been working with the Marecotel team on various projects since 2014. His primary areas of interest are cetacean ecology and foraging behavior, marine education and conservation, seabird ecology, and the development of open-source software to improve small-scale research efforts. Eric has been preoccupied with marine mammals and seabirds ever since his childhood among the manatees, dolphins, and other megafauna of Florida. His interests turned academic while studying cetacean paleontology in New Zealand as an undergrad and visiting whaling societies in Indonesia as a Fulbright scholar. After completing his undergraduate major in Ecology and Biodiversity in Sewanee, TN, Eric gained research experience by volunteering in field studies in the Mediterranean, southern Chile, and British Columbia (BC). For his PhD research at Scripps Institution of Oceanography, Eric compared habitat use strategies of humpback whales, fin whales, and seabirds within a fjord system in BC, conducting ecosystem surveys from his live-aboard sailboat in close collaboration with coastal First Nations. Though he migrates to Pacific northwest foraging grounds during summers for research, he spends his winters land-locked and wading through data on his little farm in Sewanee, TN.
Contact Eric: eric.k@marecotel.org 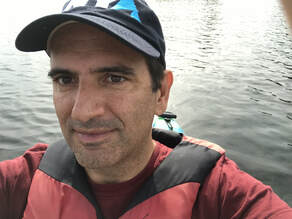 Alex Zerbini
Alex Zerbini has a BS degree in Biological Oceanography and an MS in Zoology   from  Universities   in his home country of Brazil and a Ph.D. in Fisheries and   Aquatic   Sciences from the University of   Washington. He was a post-doctoral   Fellow at the   Marine Mammal Laboratory of NOAA’s Alaska   Fisheries Science   Center. Alex has   been conducting research with marine mammals since the early   1990s. He is a   member of the IUCN Cetacean Specialist Group and has assisted   IUCN in preparing   Red List assessments of many whale and dolphin species. Alex   is also a member of     the   International  Whaling Commission Scientific Committee and has chaired three of the IWC’s   subcommittees. His research interests include population biology and assessment of cetaceans. Since the early 2000s, Alex has been focusing his research in applying, developing, and understanding impacts of satellite telemetry methods to whales. Alex has authored or co-authored more than 90 peer-reviewed publications and book chapters and a number of non-peer reviewed reports. When he’s not in the field or in the office, he likes to enjoy quality time with his daughter, Micaella.
​Contact Alex: azerbini@marecotel.org 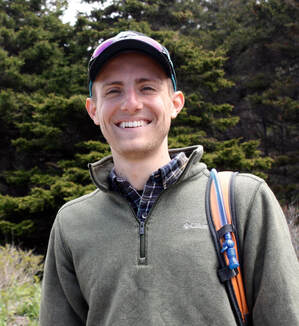 David Sweeney
​David Sweeney recently graduated from Calvin College with a degree in biology. Throughout his undergraduate career, he developed a passion for marine mammals and scientific research. His research experiences include the development and utilization of a tool kit for analysis of data from animal-borne movement loggers and the study of short-finned pilot whale dive and surface behaviors. David is recently married, and when not at work, he and his wife, Stephanie, are often exploring nature, making new friends, attending classical music concerts, or sampling delicious local cuisine.
Contact David: dsweeney@marecotel.org 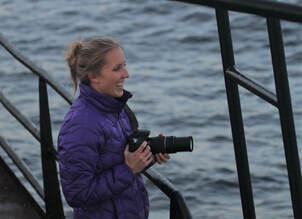 Shannon Coates
Shannon had the same dream as a lot of other young kids growing up: to become a marine biologist. After a career path in the medical field, Shannon returned to college and began her career in the marine field as an intern at Southwest Fisheries Science Center, analyzing Dall’s porpoise and Cuvier’s beaked whale vocalizations. Since then, she has specialized in marine mammal behavioral ecology and marine bioacoustics and has led numerous passive acoustic surveys studying whale and dolphin populations in the Pacific, Atlantic, and Arctic Oceans. Her passive acoustic research has involved the analysis of acoustic data collected using towed hydrophone arrays and seafloor-mounted acoustic recorders to exam species occurrence, acoustic behavior and impacts of man-made noise on marine mammals, as well as passive acoustic monitoring of marine mammals for detection, tracking, and mitigation purposes. Most recently, Shannon has been involved in the private sector leading the effort to minimize impacts of man-made noise on marine species through MMPA and ESA permitting and mitigation implementation.  When she is not out in the field or staring at spectrograms, you’ll find her backpacking, scaling mountain peaks, or dock diving her pup.
Contact Shannon: scoates@marecotel.org 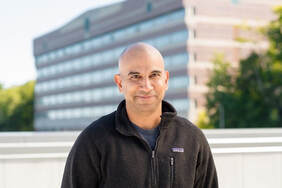 Rupak Rajachar
Rupak received his B.S., M.S., and Ph.D. degrees in Materials Sciences and Engineering (1994) and Biomedical Engineering (1998, 2003) from the University of Michigan. He was a senior research fellow at the University of Washington Engineered Biomaterials (UWEB) Research Center from 2003-2006. Heading home to Michigan to be closer to family, he spent the last 14 years in academia; teaching, mentoring and doing research in the Department of Biomedical Engineering at Michigan Technological University, where his lab works on developing instructive biomaterials, that promote tissue regeneration and implantable device biocompatibility using engineering principles. His areas of expertise include the development and application of biomimetic materials, cell and tissue mechanics, and the host response to implantable materials. He made the move back to Seattle and joined MarEcoTel to focus on marine conservation work, where he hopes his engineering background can help develop solutions to address significant needs in marine satellite telemetry and wound healing. When he’s not working, you’ll find him in the mountains, on the trails, or in the kitchen with his family and friends that includes Sammy, a lovable medium-hair black cat.
Contact Rupak: rrajachar@marecotel.org

Sebastian Schorr
While he was only born in 2016, Sebastian came to earth with an extensive resume. He spent several days tagging sperm whales in Southeast Alaska in September 2015, participated in his first field project at SCORE in October that year, and was back on the range tagging beaked whales and fin whales in January 2016. Since being born, he has attended more international conferences and multi-day workshops than the average undergraduate, has been honing his skills at the helm of any vessel he can get his hands on, and assisting with surveys for those Darn Southern Resident Killer Whales off the outer coast of Washington. When not being dragged to Boring Meetings by his parents, he can be found in the company of his canine companion, Tawny, getting dirty on the farm.